Congratulations, President Obama, on getting beat up.

Yes.  I said it.  And mean it.  I'm not writing with my tongue in my cheek here.  Being quite serious, the best thing that could have happened at the recent presidential debates, did happen.  Obama got his ass beat.  And what the vast majority of political commentators seem to miss is that this is a good thing.

First of all, it's the first debate.  Like all good boxers know, you don't go out swinging full force on the first few rounds.  You let your opponent hit you so you can feel him out and learn from him.  Obama did just that.  Obama now knows that Romney does have the power of passion.  The problem?  Like many lawyers, Romney proved the extreme difficulty inherent in infusing emotional passion with actual facts.  That's why he stuck with passion and left out the annoying facts. 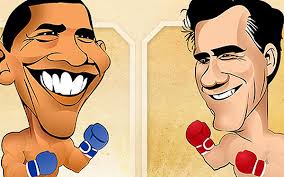 As a Chicano lawyer, this is a task I am often confronted with.  How to passionately convince a jury of twelve strangers to believe in my client's position using actual facts is something I am very familiar with.  It is hard.  Daunting.  Seemingly insurmountable.

So difficult a task this can be that often times individuals need outside motivation to propel them to the level of skill needed to infuse passion with actual facts.  By choosing only facts as a first debate strategy, Obama has created his motivating catalyst of Romney in Romney.  Well played, Mr. President.

"What the fuck are you talking about," right?

Well, it's simple if you, much like myself, were raised getting beat up a lot.  When it comes to overcoming challenges and seemingly insurmountable obstacles, it's not the great family and friends that help you overcome those challenges, or the past success you have enjoyed.  It's the defeats.  It's the times that you lost and usually badly.

As someone who has gotten beaten up several times in my life, I can easily attest to the fact that most of my success was not from my past victories but instead from my total and humiliating defeats.  It's the defeats that force a growing pain that propel and push us to victory.  When preparing for trial or lifting iron much too heavy for my frame, I don't think about how great my woman is, or how fortunate I am to have my family and friends, I think about my defeats.  My losses.  The times that my arrogance from success caused my downfall. 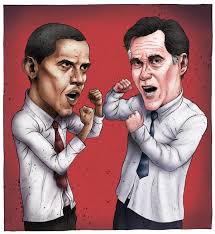 Whether it was that guy in college who kicked me in the head while I lay bloodied on the streets of Isla Vista or the 220 pounds of dumbbell iron that ripped my groin, it's those defeats that pushed me to go beyond what I previously thought possible.

The same applies to President Obama.  By resting on his laurels and relying only on actual facts in the debates, Obama has created the mental apparatus necessary to overcome any impassioned lie Romney will attempt in the future.  Now everyone knows that, like Hitler, Romney is capable of exhibiting motivating passion that is based on complete lies.

President Obama has now endured Romney's best punches.  And he's still standing.  But now, more motivated than he previously thought possible.  Obama has created a muse in Romney.  Now it's time to destroy.

Just like Rocky had to lose before winning, or Bambi's mom had to die, President Obama will redeem his loss.  Only now, the actual facts will be injected with passion not seen before.  A new fierceness will be evident.  And Romney will realize you can't buy the Presidency.  No matter how much money you spend.
Posted by Gabriel Avina at 4:59 PM